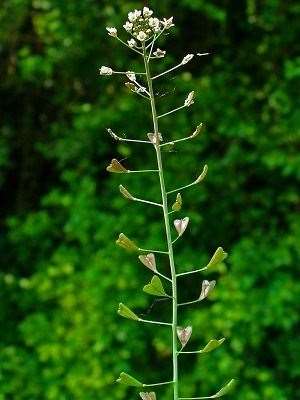 The term “Weed” refers to any plant or animal species that grows from seed, or develops its own life cycle without the aid of humans. The word comes from the Old English wæter which means seed. In other words, it is a plant or animal that begins developing from a small amount of soil (seed) and then matures into a larger form through natural processes.

In most cases, the plants and animals that are referred to as weeds do not have a very good chance of survival if they are allowed to develop naturally. They usually die out when their environment changes or become overpopulated. However, some weeds may be controlled artificially with chemicals or by using biological methods such as selective breeding.

For example, there is one type of weed called the sheepweed (Asclepias tuberosa). Sheepweed is a common weed found throughout much of the United States. It is often used as fodder for livestock and can cause damage to crops and lawns if left unchecked. Sheepweed has been known to produce poisonous latex, which causes skin irritation and even death in humans exposed to it.

However, sheepweed does have a few advantages:

It grows slowly so it doesn’t compete with other food sources like cattle or pigs.

It is a natural source of water for cattle and animals that have been grazing on dry pastures.

Many Native American tribes have used the fiber from the sheepweed plant to make bows and arrows.

Sheepweed can also be used to treat warts. The juice from the plant is placed on the wart and a bandage is applied over it. The wart usually disappears within two to three weeks.

As you can see, there are advantages to having the sheepweed around and we probably wouldn’t want to do without it.

Some other types of Weeds:

Puncture Vine (Tribulus terrestris) – This prickly weed gets its name from the sharp hairs on its seed pod that can “puncture” your skin. The seeds are dark brown or black in color and often lie dormant in the soil until the following spring.

Shepherd’s Purse (Capsella bursa-pastoris) – Also called Pockets, this pernicious weed looks similar to a small green heart-shaped purse. The weed is covered with tiny hairs that can cause an allergic reaction in some people.

White Dock (Rumex obtusifolius) – Also called Bluntleaf, this Weed has oval-shaped leaves that are covered with fine hairs and grows in clusters.

Yellow Rocket (Barbarea vulgaris) – Also called Yellow Cudweed, this obnoxious weed has a long, green stem and grows in clusters. The yellow flowers at the top of the stem turn into fluffy seeds.

Yellow Wood Sorrel (Oxalis stricta) – Also called Sourgrass, this is often a trouble-maker in lawns. It has heart-shaped leaves with flowers that have a yellow top and brown stalk.

Have you ever been given a task that was so far beyond your abilities, you knew you couldn’t possibly do it?

That was my situation when I first found out I was supposed to write an entire book about weeds!

I mean, I don’t consider myself a great gardener, but I know enough to pull up most annoying plants before they take root. And even if a weed or two slips past me, I can usually stomp them out before they spread.

But people have written entire books about weeds! Entire books! And after reading just the first few pages, I was overwhelmed.

There are over three hundred types of weeds in the lawn and garden all alone, not to mention the types of weeds that grow in forests, deserts, along roads, and in your house! Some books even classify some of those annoying wildflowers you see every now and then as weeds.

I quickly learned the difference between annuals and perennials, biennials and woody shrubs. I also discovered there are good plants and there are bad plants. Some weeds help the environment by absorbing excess nutrients in the soil and providing food for other creatures. On the other hand, some weeds, like the dreaded Kudzu, destroy property and invade our native ecosystems.

I’ve learned that farmers have to be careful about what types of seeds they plant in their fields. Some plants, like Johnson Grass, produce more seeds than others and easily take over if not kept in check.

I’ve also learned that some weeds are good for animals. Dandelions are just one example of weeds that many animals eat. Farmers often leave some of their fields unkempt to allow certain weeds to grow because animals feed on them.

My mind has been opened to a whole new world of ecology and botany. I hope that by learning about them, I might be able to keep these annoying plants from taking over my lawn!

Now I’ve been given a much bigger challenge. Not only must I learn about the various types of flora, but also fauna. The task that has been set before me is to write a book about wildlife that helps the reader differentiate between friend and foe.

One problem is differentiating between the two in real life. Some animals, like the ladybug, are cute and beneficial. Others, like the mosquito, are vicious bloodsuckers.

Birds can either be herbivores or carnivores. Some birds, like buzzards and crows, eat carrion while others, like cardinals and bluejays, eat seeds and fruit. Some birds have great singing voices while others, like owls, make horrible sounds that I wouldn’t want to hear outside my bedroom window!

I’ve also learned that some animals, like the squirrel, can carry ticks that spread diseases. Others, like the deer, can spread anthrax through their droppings.

Need I remind you that we’re at war with the French?

If this spreads to our farmlands, millions could die!

But fear not, dear reader! I will do my best to educate and prepare you for any wild animal you might encounter in the great outdoors! Even if you live in the city, some animals, like the rat, can find their way into your home.

Speaking of homes, there are several types of homes that animals can take over. Some, like the rabbit, prefer to make their homes in the open. Others, like the beaver, prefer to build their home in the water.

But no matter what type of animal you encounter, it’s best to remember this: Always watch your back!

And so concludes my lecture. I thank you all for your attention!

Now, class, turn to page 114 of your textbooks and answer the questions on there about the Common Whitetail Deer. I’ll be around to check your work later. Good luck!

Over the course of the week, your lessons have been going well and your class has really taken to them. Each day you prepare a lecture on a new type of animal, ranging from “Scary” animals like the brown bear to “Pretty” animals like the American Robin. Even the town’s mayor seems interested in what you have to say, dropping by to listen during his free time.

As you stand in front of the class, explaining why you should always report the presence of raccoons with rabies to local law enforcement, the school’s door bursts open and a young boy runs in. In his hands is a flintlock pistol, and he’s pointing it straight at you!

“DON’T MOVE!” he screams. Everyone in class is frozen in terror. The boy is young, perhaps only ten or eleven years of age. He has a pale complexion with short blond hair and blue eyes, wearing a simple gray tunic.

What’s this about, son?”

you ask, keeping your voice even.

“Big Man says to give him the money,” the boy says. The rest of your class can’t believe what they’re hearing. Dagny, in particular, looks like she wants to do something. “Give it to me NOW!”

“You know I can’t do that,” you reply calmly. “Think about what you’re doing.”

“I’ve been trained for this,” the boy says, his gun never wavering. “So have the others. If you don’t give me the money, I’ll kill every last one of them.” The boy’s voice betrays a hint of uncertainty.

“There’s no need for this,” you say. “Nobody needs to get hurt.”

“I don’t wanna die,” the boy says, as if talking to himself.

“If you give me the money, nobody has to die,” you say.

Suddenly, a glass jar shatters behind the boy. He screams as hundreds of honey bees pour out of it, buzzing around his head. He fires his gun into the air as he begins to panic. The students are running left and right, desperately trying to get out of the way.

“They’re not gonna sting you. It’s just a reaction to being disturbed. They won’t sting unless you bother them.”

The boy looks up at you, his eyes darting around. “

“We have to get the bees out of this room.”

“We can’t! If we move them into the hallway, they’ll sting people!”

You look around the classroom. Several students are still hiding underneath tables. You notice that a transformation of some sort of table was used to create the beehive. If you could dismantle that, maybe you could get the bees back into it. But it’s made of solid oak, and there’s no way you could move it while the bees were still inside the room.

You eye the window. It’s a small one, designed more for decoration than anything else. “Hey, kid. There’s an open window. Why don’t you walk over there real slow and quiet, and I’ll try to guide the bees toward you.”

The boy nods, still terrified. He begins to walk toward the window, as you slowly maneuver yourself in front of him. Slowly… slowly…

you move closer to the window. The bees are flying around the boy’s head, but they haven’t made any moves toward you yet.

Suddenly, the bees make a concentrated attack on the boy’s face. He lets out a shriek of pain and terror as he falls to the floor, desperately trying to brush the bees off of him.

You grab the boy and pull him toward the window. “Roll on the floor!” you shout. The boy complies, and you roll him right under the window. His whole body is covered in swollen red welts, but he’s alive.

The bees ignore you for the most part, but a few decide to dart toward your face. You manage to wave them away, and they eventually give up their attack. The rest of the bees slowly make their way out the window.

All that’s left is a traumatized boy, some empty honeycombs, and a room covered in shattered glass.

Out of the corner of your eye, you see a small figure dart around the corner and down the hall. “Hey!” you shout, your voice full of anger. You run after the figure, but they’re much too fast. They dart around a corner and disappear.

You make your way back to the classroom. The students are all standing around the boy, who’s sitting on the floor looking miserable. “

“Someone set the bees on him,” you say, keeping your voice calm. “But I got them out of the room. The bees are gone.” You look around the room, but no one meets your eye.

You sigh. This isn’t over.