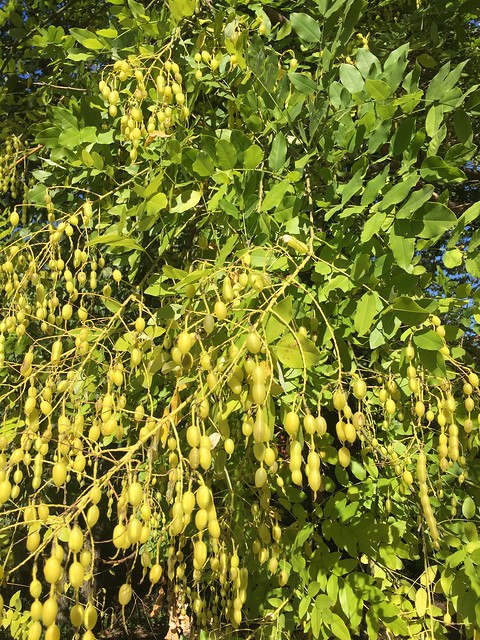 Japanese Pagoda Trees are native to Japan. They have been cultivated since ancient times. There are many types of Japanese Pagoda trees, but they all share some common characteristics.

The most obvious characteristic of these plants is their shape; it resembles a Buddhist statue or even a miniature version of the Buddha himself!

They grow in groups called “pagodas”. Each group usually consists of several smaller ones. These small groups may look like a single giant one, but they’re not.

There are different kinds of Japanese Pagoda trees, each with its own unique appearance and growth habits. Some varieties produce flowers while others don’t. Still other varieties only bear fruits (or no fruit at all). But regardless of which kind they are, all Japanese Pagoda trees require the same basic care to thrive and survive in your garden.

These plants need lots of sunlight and plenty of water. If you live in a warm climate, you’ll probably want to keep them out of direct sun during the day, because they do get very hot! Also, if you have any sort of shade structure around your house or yard, those will help reduce heat loss from your Japanese Pagoda trees.

You can plant Japanese Pagoda trees anywhere in your garden where there’s room for them to spread out and grow. They aren’t picky about soil type (they prefer loam), but the ground needs to be well drained, otherwise you run the risk of root rot. This is especially important if your climate has wet springs or summers.

How Much Light Does It Need?

The amount of sunlight your Japanese Pagoda Tree receives each day strongly influences its growth and general appearance. Japanese Pagoda Trees that lack sufficient light become leggy and have long, weak stems with few leaves. Leaves tend to be small and clustered at the top of the stem.

Those that receive adequate light are denser and have short, fat stems with professional-looking arrangements of leaves all the way up the stem.

If you live in an area that experiences a wet spring or summer, it is best to plant your Japanese Pagoda Tree where it has good air circulation and plenty of room to expand. This will help to prevent diseases. For this reason, strive to give your new tree as much room as possible from nearby objects such as houses, fences or sidewalks. Also, be sure to plant it in an area that has good air flow.

How Do I Care For It?

Fertilizing: Japanese Pagoda Trees are heavy feeders and benefit from annual feeding with an all-purpose fertilizer. Slow-release granules are especially good for Pagoda Trees because they are less likely to run off or wash away.

Light: These plants prefer full sun to partial shade. They can adapt to growing in less than ideal lighting conditions, but they won’t be as healthy or as attractive.

Watering: Japanese Pagoda Trees are very drought tolerant once they’re established, but during their first year you’ll need to water them on a regular basis. Water new plants every day for the first month. After that, cut back to watering every other day for the second month. Thereafter, they can be watered once a week during the summer and twice a month during the winter.

Pruning: They grow quite vigorously and may become top-heavy, especially if grown in a container. Prune any broken or dead branches yearly in the winter. Also remove any growth that appears weak or diseased.

Frost Protection: Japanese Pagoda Trees can be damaged by freezing temperatures and should be protected from frost. Even a light frost can cause damage to the leaves or flowers. If an unexpected frost is imminent, you should cover the plant with plastic and then wrap it in a blanket to protect it. You can also move the tree into a more protected location, such as an enclosed porch.

Weathering and deterioration of rock properties of the Dabotap pagoda (World Cultural Heritage), Republic of Korea by Y Ito – Macromolecular Concept and Strategy for Humanity in …, 1996 – Springer

Next post Palm Tree Dropping Fronds: Can You Save A Palm Tree Without Fronds