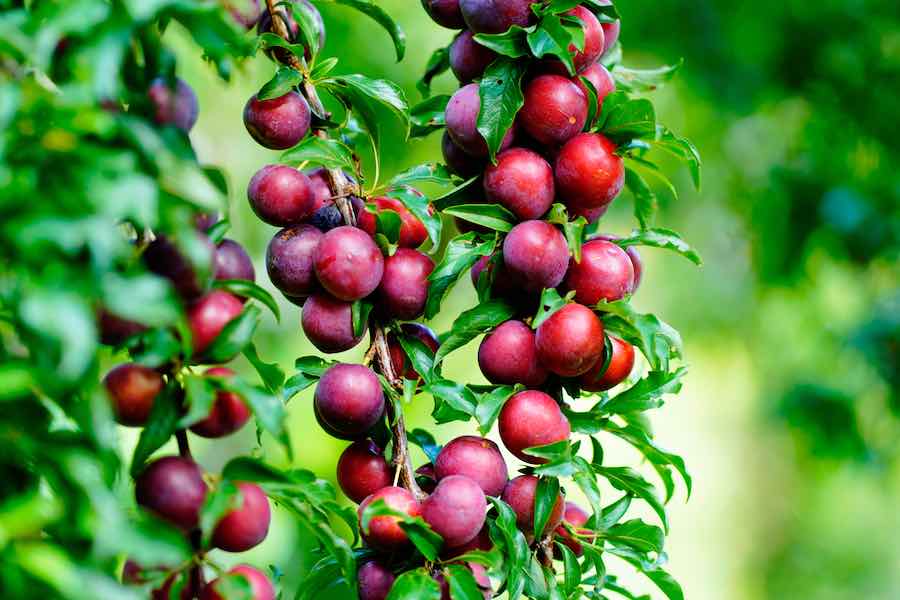 The Japanese plum (Santalum austrorum) is one of the most popular ornamental trees in Japan. They are native to Japan and were introduced from China sometime during the 6th century AD. Today they are grown commercially throughout Asia, Europe, North America and Australia.

They have been cultivated since at least the 16th century and are now grown in many parts of the world.

In Japan, the satsuma plum is known as “kami no hana” or “holy tree”. Its popularity stems from its religious significance. According to legend, it was planted there by Emperor Hirohito to honor him after his death.

However, it was not until 1945 when American troops liberated Hiroshima that the Japanese government decided to plant them again. After the war, the satsuma plum became a symbol of peace and reconciliation between nations.

The Japanese plum is also known as “kami no kuni” or “sacred tree”. It is believed that it was planted here by the gods to protect this land from evil spirits. The fruit of the satsuma plum grows only on sacred ground and only on holy days.

It is thought that these fruits will never ripen unless they are blessed with divine protection. It is considered good luck to find and eat one of the fallen fruits. If you find one that has fallen but has not spoiled, it is a sign that the gods are looking favorably upon you.

The “kami no hana” or “santalum” is a small evergreen tree of the sandalwood family. It cannot endure cold weather and is only hardy in zones 9 through 11. They prefer well-drained, slightly acidic soil and full sun.

They do not tolerate drought well and should be watered regularly. As the satsuma plum is a deciduous flowering tree, it will not lose its leaves until late fall. During the winter months they should be protected from hard freezes which could kill the tree.

The white flowers bloom in the spring and are followed by egg-shaped orange fruits that ripen in the fall.

The satsuma is a cross between a Chinese plum (P.persica) and a Japanese wild or mountain plum (P.campanulatum).

In the beginning of the Edo era, satsumas were introduced to Japan by way of the port of Nagasaki from the Ryukyu Islands (modern day Okinawa) and the Korean port of Busan. The modern satsuma is a natural hybrid fruit that is a result of breeding between the two plums. It was officially listed as a separate cultivar in 1935.

The Japanese have been growing satsumas for more than 700 years. The fruit was introduced to the United States by David Fairchild of the USDA in 1872, and is still grown in Florida, California, Arizona, and Hawaii. The satsuma is now cultivated in many parts of the world including South Africa, Israel, New Zealand, South America, and most Mediterranean countries.

The satsuma was named after Hayashi Suketada of the Satsuma province during the Edo period. The story goes that he was given a fruit by an American ship captain and he gave it to Wang Zhao, a Chinese immigrant who worked as a gardener in the Hayashi family. Mr.

Wang admired the fruit and named it “jinshin-momo” or “heart/mind peaches” after Hayashi’s wife, whose Christian name was Sarah, could not pronounce “jinshin”. The rest of the clan adopted this name.

When the Hayashi family fell on hard times, they were forced to sell the original tree to a local merchant for a pittance. It was then that the satsuma gained fame in Japan and became known as “Count Sarah’s peach”.

During the 19th century, the British introduced many fruits into India. They failed to thrive in the tropical climate, but the satsuma proved to be an exception. It was named the “Marathi word for citrus” and became a favorite of the Maharajah of Kolhapur.

The best time to collect satsuma seed is in the late fall or winter after the fruit has fallen from the tree. They should be allowed to dry out for a few weeks and be stored in a cool, dry place.

Seeds should only be germinated in fresh potting soil. To prepare the potting mix, mix together equal parts sterile potting soil, coarse sand, and small grade wood chips. Do not add fertilizer or compost.

The soil should be watered well and then spread out in a thin layer to permit air to the soil.

Moisten the soil with a gentle spray of water and then sow the seeds. Cover with a fine layer of vermiculite to keep the seeds moist until they germinate. Keep the pot in a plastic bag to maintain high humidity.

The seeds should begin to sprout in 2 to 3 weeks. Transplant when they reach adequate size.

‘Fujita’ (syn. ‘Shimbashi’) seed was brought by Japanese immigrant Fujita to the United States in 1894. The skin is light yellow and the fruit is sweet.

It is grown in California and referred to as the ‘Japanese satsuma’. It is less cold hardy than other cultivars.

Susceptible to blue mold and should not be grown where this is a problem.

‘Raka’, a seedling of ‘Illinois’, was found near Ralston, Kansas in 1917. Fruit: medium to large, skin greenish-yellow, quality good. Tree: hardy, grows in a pyramid form.

‘Shimbashi’ syn. ‘Fujita’ is the oldest satsuma cultivar in California, brought from Japan by Japanese immigrant Fujita to the United States around 1894. The original tree died in about 1920 and the surviving trees did not produce fruit of the same quality.