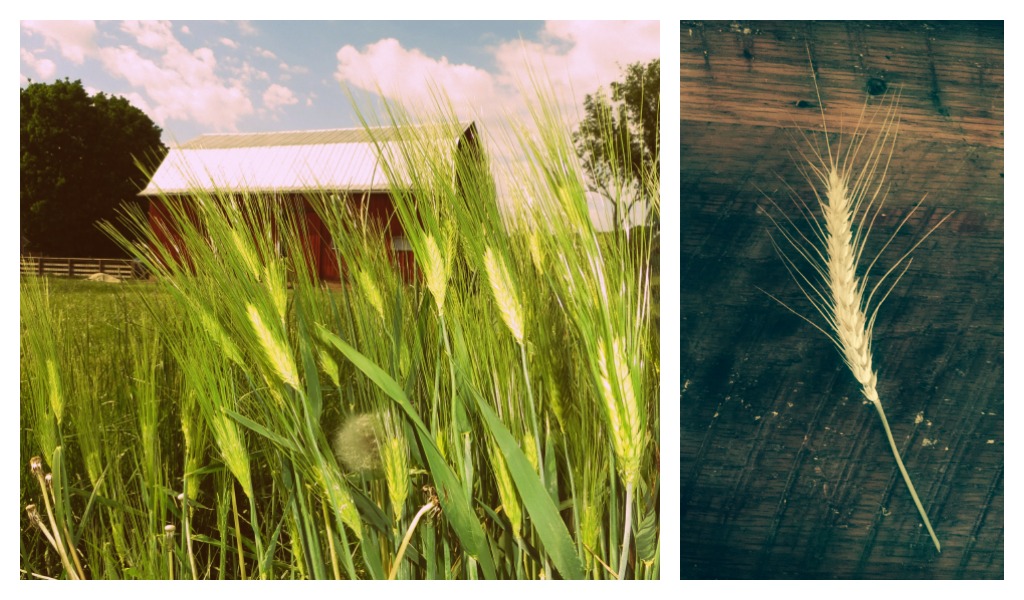 Grain: A group of cereals or seeds that are smaller than a pea but larger than a kernel. Corn is considered a grain because it contains kernels less than 1/4 inch long (6 mm).

Corn is not considered a cereal until it reaches maturity when the kernel becomes hard enough to split open and separate from the cob. After that point, corn can be classified as either a cereal or legume depending on how much starch it contains.

Small grains: These include beans, peas, lentils, peanuts and other nuts. They contain kernels between 1/8 inch (3 mm) and 3/16 inch (7 mm). Beans are often used in soups and stews because they have a high water content. Peas are eaten raw or cooked like potatoes. Lentils can be ground into a meal called garbanzo bean flour which is used in Indian cuisine.

Pecans are commonly used in desserts and candies.

Large grains: These include wheat, rice, oats and barley. They contain kernels greater than 3/16 inch (7 mm). Wheat is usually eaten whole while rice is steamed or boiled. Oats are generally used as breakfast cereal whereas barley can be made into beer or bread.

Other edible grains: These include corn, millet, rye and sorghum. They contain kernels between 3/16 inch (7 mm) and 1/4 inch (6 mm). Some of them are eaten whole while others are ground into a meal and can be used in baking or as a thickening agent.

How to choose small grains: Choose small grains from a reputable dealer and ensure that they are kept in dry conditions. They should not appear dusty nor wet. To test their freshness break a few kernels and they should have a hollow sound when you do so.

How to grow small grains: Small grains grow well in fertile soil that has been prepared for sowing. They prefer soil that contains nutrient-rich manure and require the presence of bacteria called rhizobium to fix nitrogen from the air for them. They are generally planted between March and May but can be planted as late as July for a fall harvest.

Washing small grains: Small grains should not be washed before they are used. They can either be soaked in warm water for a few minutes before cooking or placed in a sieve and run under a tap while swishing them around gently.

How to eat small grains: Most small grains are eaten whole and can be used like rice. They can also be cooked into pastas, pottages and even breads.

How to store small grains: Small grains should be stored in a dry place in an air-tight container and can be stored for up to a year. They can also be placed in freezer bags and frozen for up to six months.

Preparing small grains: Soaking small grains before cooking helps to reduce the cooking time and makes them more digestible. Most small grains are boiled or steamed but they can also be cooked in a pressure cooker like other pulses. They can be ground into meal and used to make breads, muffins, pancakes, cookies, cakes, etc.

Fried cornmeal mush: Ingredients: 1/2 cup (100 g) fine cornmeal, 4 tablespoons (60 ml) skimmed milk, 1 pinch salt, 2 tablespoons (30 ml) oil, 1 pinch black pepper. Method: Sieve the cornmeal into a bowl and season with the salt and pepper. Slowly add the milk and oil, mixing with a knife to ensure there are no lumps. Leave to one side for 10 minutes. Place a non-stick frying pan over a medium heat and add 1 tablespoon (15 ml) of oil.

Fry the cornmeal for 3-4 minutes, stirring constantly. It should turn a golden brown color.

Grits: Ingredients: 2 cups (400 g) quick grits, 4 cups (960 ml) water, 1 1/2 cups (300 g) grated cheddar cheese, 1 tablespoon (15 ml) butter, 1/4 teaspoon freshly-ground black pepper, salt to taste (optional). Method: Place the water in a large pan and bring to the boil. Add the grits slowly, stirring constantly. Bring the mixture back to the boil and then lower the heat and simmer for 5-7 minutes. Stir the mixture occasionally to ensure it does not stick.

If the mixture gets too thick, add a little more water. When done, add the cheddar cheese and stir until it has melted, season with salt (if using) and black pepper and serve.

Serving Suggestions: Serve with a mixed salad or vegetables.

Haddock in oatmeal crust: Ingredients: 4 haddock fillets, 4 tablespoons (60 g) butter, 1 chopped onion, 1 cup (200 g) instant oatmeal, 2 tablespoons (30 g) all-purpose flour, 1 1/2 cups (360 ml) skimmed milk, salt and pepper to taste. Method: Preheat the oven to 400 degrees F (200 degrees C). Grease an ovenproof dish. Place the haddock fillets in the base of the prepared dish and top with the chopped onion. Melt the butter in a saucepan, stir in the oatmeal and flour, then gradually stir in the milk.

Bring to a boil over a medium heat, stirring constantly, then remove from heat and season with salt and pepper. Pour the mixture over the haddock and onion. Bake in the preheated oven for about 20 minutes or until the fish flakes easily with a fork.

Irish stew: Ingredients: 2 pounds (1 kg) lamb or mutton, diced, 2 tablespoons (30 g) butter, 1 chopped carrot, 1 onion, 3 potatoes cut into large chunks, 2 celery sticks sliced, 1 1/2 cups (375 g) fresh or frozen green peas, 2 teaspoons (10 g) plain flour, 1 tablespoon (15 ml) Worcestershire sauce, salt and pepper. Method: Heat a large pan over a medium heat, then add the butter and melt. Add the meat and carrot, and fry for about 5 minutes, stirring all the time to seal the meat. Add the onion, potatoes and celery, then pour in just enough water to cover the bottom of the pan. Bring to a simmer, then lower the heat, cover and simmer gently for 1 hour.

Stir in the peas, then cook for a further 10 minutes. Uncover the pan, stir in the flour and Worcestershire sauce, and season with salt and pepper. Simmer gently for a few more minutes until the sauce thickens, then serve.

Add the clams, discarding any that won’t close. Add 1 cup (250 ml) of water and cover the skillet. Cook for about 6 minutes or until the clams open. Transfer the clams to a bowl, discarding any that haven’t opened. Coarsely chop the clams and set aside. Wipe out the pan. Heat the oil in the pan over medium heat, add the scallops, shrimp and crabmeat; cook and stir for 3 to 4 minutes or until the shrimp turn opaque and the scallops are lightly browned. Stir in the reserved clams, parsley and lemon juice. Cook and stir for 1 minute. Add the wine and simmer, stirring constantly, until the wine is nearly evaporated. Stir in the cream and butter and remove from heat. Set aside and keep warm. Meanwhile, bring a large pot of salted water to a boil. Add the linguine and cook, following package directions, until al dente. Drain well and return to the pot. Stir in the clam sauce and serve immediately.

(680 g) meat). Coarsely chop the meat, cover and refrigerate. Discard the heads, shells and inedible parts. Finely chop the shallot. In a small skillet, melt 2 tablespoons butter over medium heat. Add the shallot and saute for 1 minute or until tender. Let cool slightly. In a bowl, combine the chopped shallot, bread crumbs, and 2 tablespoons (30 g) butter. Let stand for 10 minutes. Loosen the lobster meat with a rubber spatula and mix in the shallot mixture. Stir in the brandy. Spoon the mixture into 4 metal rings designed for hollowed-out tomatoes, or an oiled 1-quart (1 l) charlotte mould. Press the mixture firmly and evenly into the holders or mould. Coarsely chop the reserved lobster meat (should make about 2/3 lb. (300 g)). Stir in the chopped parsley and season with salt and pepper. Combine the heavy cream and remaining 2 tablespoons (30 g) butter in a metal bowl, place the bowl over a saucepan of simmering water and stir until the butter has melted and the sauce is warm. Set aside. Place the holders or mould on a baking tray and bake in a preheated oven at 400?

How to Grow More Vegetables:(and fruits, nuts, berries, grains, and other crops) than you ever thought possible on less land than you can imagine by J Jeavons – 2012 – books.google.com

Growing Small Grains in Your Garden by B Van Veldhuizen – 2010 – scholarworks.alaska.edu

Next post Growing Wood Lilies: How To Care For Wood Lily Plants